If you’ve suffered an assault, you’re likely to be experiencing many different feelings. You may seek justice, financial compensation or even an apology – any way that gives you closure for a traumatic experience. Our assault claims solicitors are specially trained in cases just like yours, and will help you to get the compensation you deserve.

You may have suffered at the hands of an individual or an organisation. Whatever your circumstances, you deserve justice. Assault compensation claims cannot undo the pain that you suffered, but they can help you to gain closure and get your life back on track.

For friendly advice without judgement, speak to our expert solicitors at Criminal Injuries Helpline. We offer decades of experience handling assault claims just like yours, and we’ll guide you through every step of the legal process.

Get in touch with us today to start your no win, no fee assault compensation claim.

Assault is the act of physically attacking or threatening to attack another person. Under UK law, there are three main areas of assault, categorised by the severity of the physical damage the victim suffers. Our trained solicitors can settle compensation for assault victims in the UK, whether they are civil claims or made through the Criminal Injuries Compensation Authority.

There are three main types of assault as outlined in UK law. These are:

Under section 39 of the Criminal Justice Act 1988, common assault is defined as “violence or the threat of violence inflicted on another person”. Common assault does not need to be physical violence – it could be threatening words or body language, for example, a raised fist.

Common assault can be as minor as pushing, grabbing or spitting. In cases of violence, the legal definition would be ‘battery’ – even if the victim suffered no physical injury. Assault may be intentional or through reckless behaviour. You can still make a claim for assault compensation regardless of your attacker’s intentions.

The UK punishment for common assault is a maximum of six months’ imprisonment, unless it was racially or religiously aggravated, which can lead to up to two years in prison.

Actual bodily harm refers to assault that causes physical damage to a victim. It does not need to be serious or permanent damage, but it is more severe than common assault. Compensation claims for ABH may also take psychological damage into consideration.

If the injuries are considered ‘transient or trifling’, then they will likely be classed as ABH. The maximum sentence for ABH is five years in prison.

Grievous bodily harm is the most serious of all three assault charges, and is split into two categories based on intention and wounding:

GBH denotes serious physical harm, though the effects are not always dangerous or permanent. If you’re making a compensation claim for GBH, you can also claim for psychological damage or infection, such as a sexually transmitted disease.

‘Wounding’ refers to breaking of the skin, though in less serious cases this may not be classed as GBH. The attacker must have acted recklessly, but may not have intended to harm the victim seriously. This sentence is punishable by up to five years in prison.

With GBH with intent, the attacker intends to do serious harm through wounding or other physical injury. The main difference in both cases is intent – with section 20, the attacker may have been involved in a minor scuffle that led to damage, whereas with section 18, they wilfully harmed the other person.

Whichever category your assault compensation claim falls into, we can help you get the settlement you deserve.

Can I make an assault compensation claim?

You have two choices when it comes to making a compensation claim.

Many assault victims do not know their attacker or do not wish to have any contact with them. In these cases, you can still claim, but all assault victims’ compensation claims will be made through the CICA. 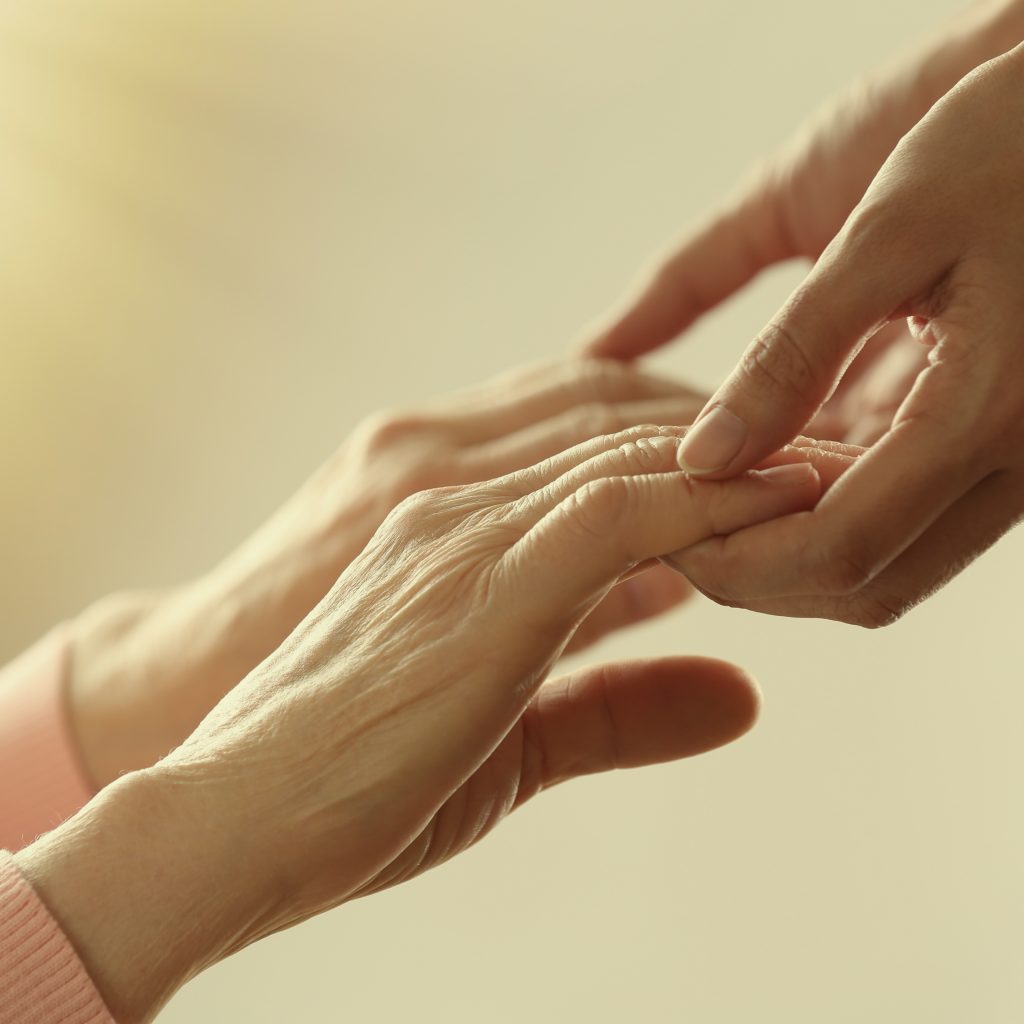 The Criminal Injuries Compensation Authority is a government body set up in 1964 to help assault victims and those who’ve suffered at the hands of crime. If you’ve been assaulted, you can make a compensation claim through the CICA to get a financial settlement and get your life back on track.

We may be able to represent you and help you to make a claim through this scheme. There are many forms to fill out, so we can help you to make sure you’ve provided all the necessary details.

The CICA awards specific compensation amounts depending on the type of assault you’ve suffered and the long-term impacts of the damage, both physical and mental. Claiming through the CICA can be a worthwhile alternative if you do not know your attacker, if your attacker has died, or if you simply do not wish to interact with them.

How much compensation can I claim for assault?

Your assault compensation amount will vary depending on the CICA guidelines. The CICA are very strict about the compensation they award, and calculate your settlement based on the type of injury, whether it was a single incident or repeated incidents, and if you suffered any psychological damage.

Generally, you can expect the following compensation amounts based on physical and mental injury:

There are also specific amounts for damage to certain body parts, which can vary enormously depending on the extent of the injury. For example, if you suffered severe brain damage resulting in lifelong disability, you could be awarded as much as £175,000. 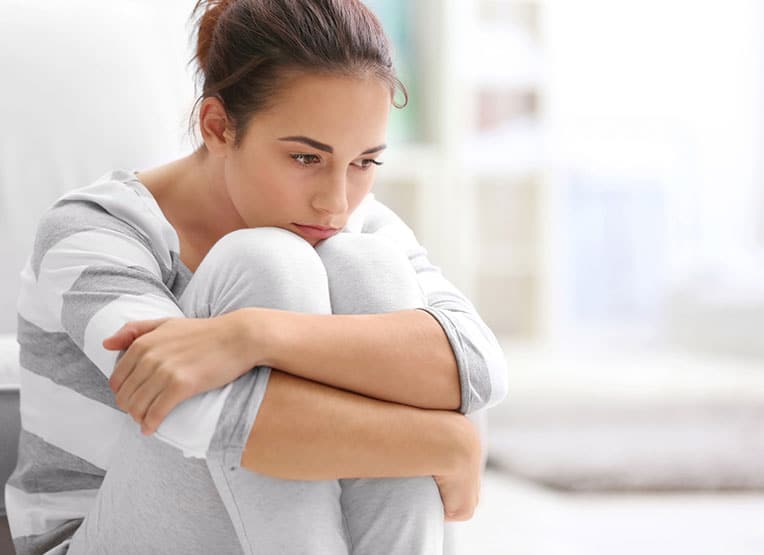 When can I make an assault compensation claim?

Generally, you have two years to claim criminal injury compensation through the CICA. These two years start from the date you reported the incident to the police, so it’s important that you do so.

There are some exceptions to this rule. For example, if the attack happened years ago but you have suffered ongoing psychological damage, you may be able to claim after two years. If your assault compensation claim was for damage you suffered while you were under 18, you have until your 20th birthday to make an assault claim.

Generally speaking, we aim to award compensation for assault victims between 12 and 18 months. However, this does depend on the approach you take with the CICA. You have two options:

If you choose to claim compensation for assault with your police report only, your claim could take as little as six months. However, we strongly advise against this if you have suffered any loss of earnings. For example, you may have had to pay for physical therapy, or taken time off work.

Our experienced solicitors can help you claim compensation for all of these financial losses, but we will need medical evidence to do so. A report from your doctor outlining your physical injuries, and any receipts or loss of earnings statements, can be used as evidence.

Will I have to go to court?

In the majority of UK assault compensation claims, you will not have to go to court. If you’re making a civil claim (against the attacker) you may have to appear in court. Our trained solicitors can go to court with you and talk you through the process. You’ll also have the option to change your mind or provide a statement through a video link.

Will my attacker know I’ve made a claim?

If you’re making a criminal assault claim through the CICA, your attacker will not know you have made a claim. The only people who will know about your claim are the CICA, the police, your doctor and your legal representatives. If you are making a claim against your attacker, then they will be informed – but you will be kept safe and will not have to be in the same room with them.

What if there were no witnesses?

We understand that many assault compensation claims will not have witnesses – for example if you were attacked in the street at night. In many cases, your statement alone is enough to claim through the CICA, though statements from others may help. If the attacker has been convicted, this could also strengthen your case. We will talk you through your options when you call us to start your claim for criminal assault.

What if my attacker has died or has no money?

If you don’t know your attacker, if they have died, or if they cannot pay compensation, you can still claim through the CICA. This is a government organisation and awards compensation to assault victims based on the seriousness of the victim’s injury. You will need to claim within two years of telling the police, and should have police records and medical records where possible.

How much does it cost to make an assault compensation claim?

You can start your assault claim through us free of charge. We’ll offer you a free consultation call to discuss your options and how to claim with the CICA. If you decide to proceed, you will only pay our 35% fee if you win your case. All cases are settled on a no win, no fee basis, and the fees come out of your total assault compensation amounts.

What if I don’t have my Police Crime Number?

The CICA will only take on assault claims with a valid Police Crime Number. If you’re still living in the same area, you can call 101 to speak to your local police centre and find out this number. If you’ve moved away, you can call the main county police centre, who will be able to put you through and find out your number. We can act on your behalf if you do not feel ready to do this.

What is the ‘same roof abuse’ rule?

The ‘same roof abuse’ rule applies to domestic violence claims, but has since been abolished. The CICA had a rule whereby those who were abused by attackers living in the same home could not claim for compensation. This affected anybody making claims between 1964 and 1979. Thankfully, this rule was abolished in 2012. That means that if you suffered assault in your home between these years, you can make a compensation claim today.

We understand that criminal injuries assault compensation is only the start. You may need extra help and support to move on and rebuild your life after assault. You can get help here.

Victim Support is an independent charity founded to help victims of crime. You can contact them for free, confidential support and resources online, or call 0808 168 9111.

© 2021 Criminal Injuries Helpline is a trading name of Alam Law Ltd, registered in England and Wales with company number 11117722. A list of directors is available for inspections at our registered office. Authorised and Regulated by the Solicitors Regulation Authority, SRA Number 646926.
Shopping Basket