Domestic Violence Punishment & Sentencing – All you need to know 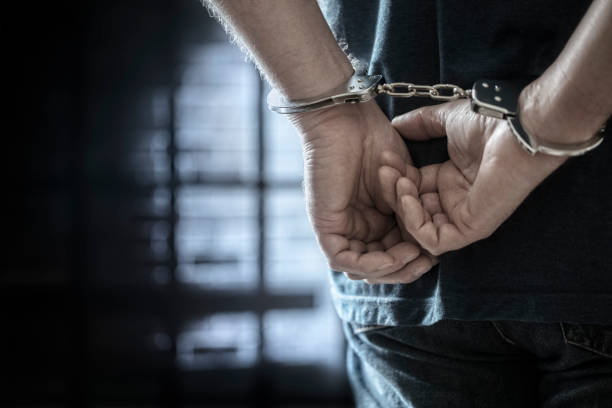 Unfortunately sexual abuse of children and adults can occur within many situations, including schools, home, care homes.

This can have a devastating impact on the victim’s physical and mental health, leaving them scarred for life in some cases.

However, there is punishment under the criminal justice system for these type of offences, we will discuss the sentencing and penalties further in this guide

What are the punishments for sexual abuse?

If an offender is found guilty of a sexual offence involving children, depending on the type of offense they have been charged with, it could potentially carry a life sentence. They may also have their name added to the Sex Offenders Register.

When the allegations are made public this can have detrimental effect on the offender’s livelihood and reputation. Many employers will refuse to employ individuals that have been charged or convicted of such offences such as schools, colleges and other organisations.

Adult sexual offences can carry a maximum sentence of life imprisonment, sentencing will depend on the circumstances of the case and the type of offence committed. The offender will face other penalties too such as being barred from working in certain organisation.

Can you go to prison for sexual abuse, and how long for?

In law, sexual offences is a term used to cover several offences including, rape, sexual assault, sexual offences against children and possession and distribution of indecent images. Most of the different sex crimes are set out in the Sexual Offences Act 2003. For sexual abuse involving children, the courts may impose the following sentencing depending on the type of offence the offender is convicted of;

For sexual offences involving adults, the sentencing for some of the offences include;

There are several factors which are taken into account when deciding a sentence for a sexual offence, theses will be different for both child and adult offences. The average custodial sentence for sexual offences in the UK is between 5 and 10 years, whether this is long enough for those found guilty off such horrendous crime is questionable.

Many people are of the view that the minimum and maximum sentencing for sexual offenders should be increased to reflect the seriousness of the crime and that victims deserve better justice.

What happens to children if the parent or guardian was responsible for the abuse?

When sexual abuse takes place within the family environment it can be very difficult for children to understand what is happening.

The child will be confused further if the perpetrator is a parent or guardian, these people are supposed to be caring for the child and keeping them safe not causing them harm. This may cause devastating long term consequences for the child leading into adulthood, some of which include relationship and trust issues.

There is of course laws in place for the protection of children, for example some organisations may have policies where reporting may be mandatory for individuals by virtue of their employment, these places are under a duty to have a child protection policy in place. Normally this will include schools, colleges, health authorities and trust.

If the sexual abuse is carried out by a parent or guardian, social services will normally be involved and will carry out investigations of the allegations. If it is decided that a child is being harmed or is at risk of harm, there will be a Child Protection Conference and action will be taken to protect the child.

There is guidance for social services if children are unable to live safely with their parents, for example carrying out an assessment on which members of the child’s family or friends could potentially care for that child.

There may be incidents were children will be taken into care, however this will only be done if the police and social workers think the child is in immediate danger and will require permission from the court, called a Care Order.

Can you be deported or denied immigration status for sexual abuse?

Offenders can be deported or denied immigration status for sexual offences, deportation is a statutory power of the Home Secretary.

To be granted British citizenship you must be considered of good character, as part of this assessment there is a criminal record check, for convictions which involve four years imprisonment or longer, the application is likely to be refused. For sentencing less than four years, the application is likely to be refused until a certain period elapses.  This would mean offenders that are found guilty of sexual offences would probably have their application rejected.

There are restraining orders and other measures that can be put in place for sexual abuse offences, these include;